Advantages of bitcoin according

The electronic currency bitcoin was created as opposed to real money. The creator focused on the decentralization of control over the movements of “cash” and maximum protection against theft. 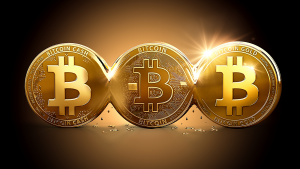 In simple words, bitcoin was intended to become a competitor to national currencies.
The result is a product with the following features:

The absence of a single server makes the bitcoin system independent of the policies of states. Transfers take place without intermediaries, which reduces the risk of loss due to incorrect operation of third-party resources, fraudulent actions of third parties. The virtual monetary unit bitcoin can become a world currency if large countries and their unions accept it as an official means of payment. 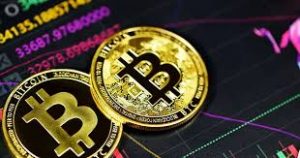 How the course is set

The popularity of bitcoin compared to its counterparts (on the cryptocurrency market) is associated with a fairly rapid growth of the exchange rate against the US dollar. Over the past few months, its price has increased several times. Beginners in the financial markets often begin to learn what Bitcoin is from a detailed acquaintance with the dynamics of changes in their value.

Despite the lack of material support, cryptocurrencies are increasingly dependent on economic and political events taking place in individual countries and in the world. The following points affect the rate increase:

Acceptance by the state of bitcoin as an official means of payment.
Distribution of payment by bitcoins for goods and services in online stores.
The transition of freelance exchanges to payment for work performed with cryptocurrency.
The rise in the price of bitcoin has attracted a large number of investors buying it for real money, which further spurred sharp jumps in the market value. Today, one bitcoin is a fortune.

The fall in the rate is usually associated with negative news about the cryptocurrency. So, in the Russian market, work is underway to establish control over its turnover, as well as attempts to limit the total amount of bitcoin ownership for individuals. Time will tell what exactly will pass into the legislative initiative and eventually into the adopted law, but at the time of publication of such statements, short-term price spikes are possible.