The increased hype around cryptocurrencies is caused by the high popularity of Bitcoin (Bitcoin). It is recognized by many as a full-fledged settlement tool. But in order to understand what bitcoins are, where to get them from, you should first understand the history and technical part of its creation. And the first thing to learn is virtual currency. Unlike the US dollar or the Russian ruble, it is not backed by material resources.

There is a constant debate as to who created bitcoin. According to the official version, this is Satoshi Nakamoto (Satoshi Nakamoto). It is he who is credited with the idea of ​​an electronic payment system based on mathematical calculations. The concept of the emergence of cryptocurrency is the reason for its features – the digital nature ensures decentralization, even distribution of the bitcoin system around the world.

Where do bitcoins come from

There are several ways to become the owner of bitcoins – buy them in exchange for rubles or other real currency, receive them as a reward for the work done. But the original source is mining: generation through mathematical calculations. Theoretically, owners of any computers can install mining programs in order to earn virtual currency bitcoin.

When they try to understand everything about bitcoins, they first of all study the issues of its production.
In practice, the following features of bitcoin mining have developed:

The economic feasibility of mining depends on the power of the computer. The most powerful gaming video card should be installed in it, then it makes sense to engage in generation.
Before starting round-the-clock work, it is worth measuring the speed of mining, and then comparing the real costs of electricity with the profit received.
You can significantly speed up the procedure for receiving bitcoins by joining a pool with like-minded people. Due to the common network computing resources of each of the participants.
The high complexity of calculations limits the rapid generation of the BTC currency, the process rests on the limited power of typical home computers (even for gaming configurations). Therefore, the transition to professional cryptocurrency mining is carried out through the purchase of specialized equipment. It is able to calculate / calculate BTC with maximum efficiency, since the hardware and software of such a technique was created exclusively for this purpose.

How to organize bitcoin mining yourself

The main purpose of using special equipment is to speed up calculations. After all, bitcoin is “created” in the process of accumulating “satoshi”, the share of cryptocurrency generated in a more reasonable time. But Satoshi itself has no value, so users either buy expensive equipment or cooperate in associations. The latter take advantage of cloud technologies that make it easy to operate remote facilities via the Internet. 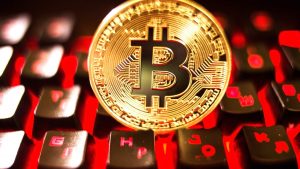 Bitcoin mining can be carried out on an industrial scale.

A computer on standard video cards is cheaper, but its purchase will also have to be beaten off. Therefore, more and more focus on the possibilities of cloud pools. Such services charge a certain commission, but they work around the clock, do not consume electricity at home. There are also no risks of breakage, temporary power outage.