The issue of creating your own wallet in the bitcoin system is raised in several cases. Firstly, the user may need a means of payment that the service provider, business partner, is counting on. Secondly, there may be a calculation for earnings due to exchange rate fluctuations. Then the wallet will become transitory, its owner, after a certain growth, will constantly sell the cryptocurrency and wait for its subsequent fall in order to buy it again. If you already have a wallet, you can replenish it by doing work on freelance exchanges. In the Internet sphere, payment for services / goods with electronic money is still the main means of payment, so you can agree on a specific “currency”. Along the way, you can connect to one of the cloud mining services and replenish your account as you go through the calculations there.

Mining the Internet currency Bitcoin with your own resources (on your home computer) becomes unprofitable. The cost of top-end graphics cards has risen sharply during the boom period (summer 2017) and is not falling, which reduces the profitability of mining at home. It is more profitable to count on connecting to pools or receiving Bitcoin as a reward for work.

Why Bitcoin is useful in real life

The high dynamism of the bitcoin exchange rate attracts investors who prefer assets with high volatility. Cryptocurrency has just begun to spread as a means of payment, but Forex brokers have actively connected to the situation and have introduced instruments like BTCUSD in addition to currency pairs. Traders who previously worked only with real currencies got the opportunity, in the process of studying what bitcoin is, to replenish the portfolio with a new instrument. 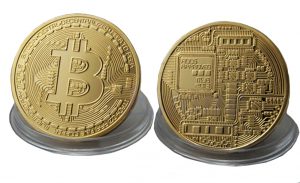 As a result, there are several methods of earning on bitcoins:

Purchase in order to wait for a significant increase in the exchange rate against the ruble or dollar (depending on the currency in which the buyer keeps savings).
Buying/selling on the Forex market and betting on the options market. Allows you to make a profit on the fall and growth of the course.
Direct transactions for the purchase / sale of bitcoins with constant tracking of the rate.
The advantage of cryptocurrencies may lie in the fact that mining requires significantly fewer material resources than the direct exchange of money. As a result, payment for the work of performers occurs at the expense of the shares received “free of charge”.

How does the government feel about cryptocurrencies?

Different countries establish the legal status of bitcoin independently. In Russia, it has not yet been (officially) classified as a currency or other means of payment, so when buying a cryptocurrency, one should take into account the risks. The state, not having control over the bitcoin system, cannot protect the citizens of its country. At the same time, Russians have access to opportunities to earn money on exchange rate changes. A trading account can be created in the usual currency – US dollars, euros or Russian rubles.

There is no direct ban on owning bitcoins. But the government systematically returns to the discussion of the situation. For example, an initiative was announced to limit the total amount of bitcoin ownership by individuals. It is important that despite any legislative changes in the Russian Federation, the possibility of earning on fluctuations in the bitcoin rate remains. It is enough to choose the appropriate instrument and start trading (buy when the rate rises and sell when the rate falls).